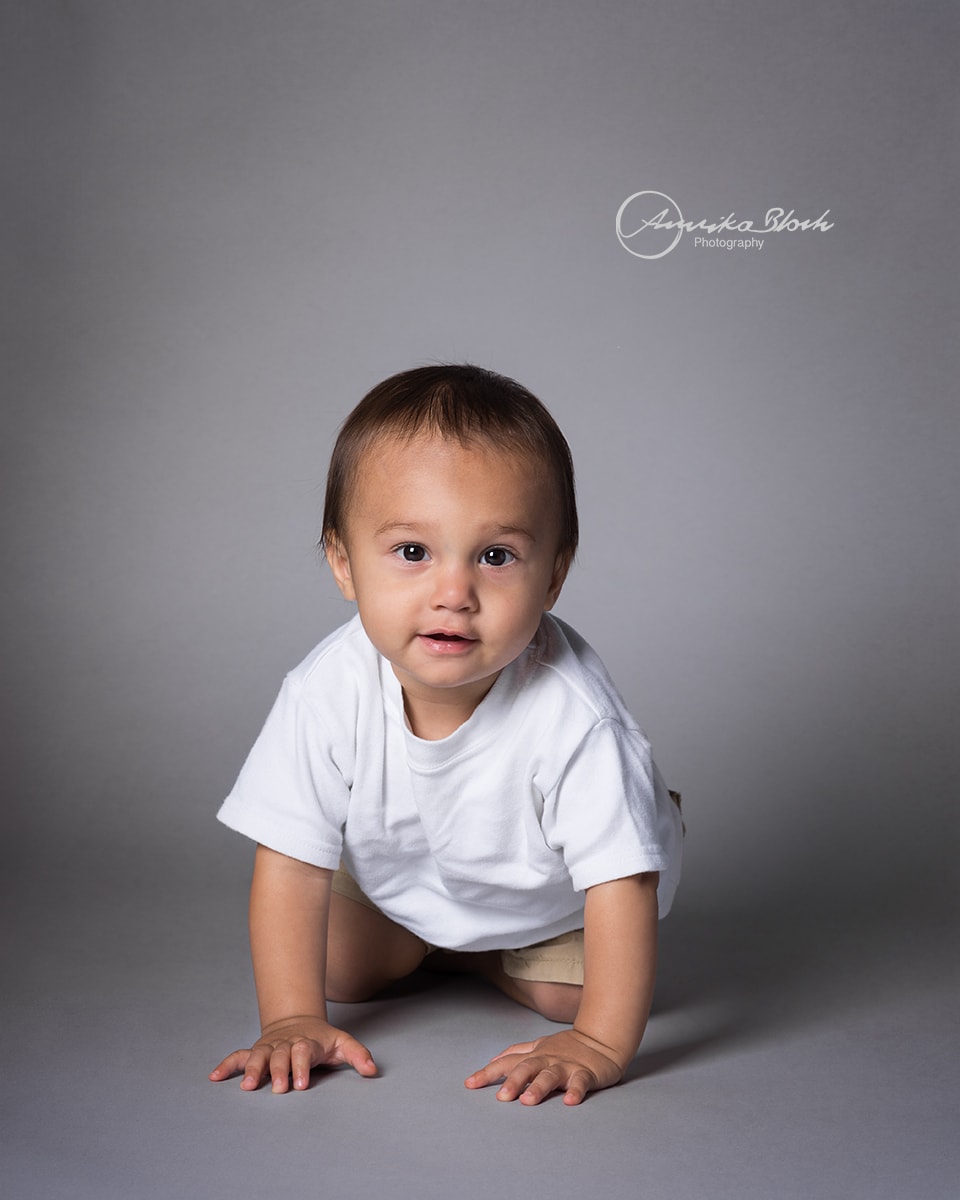 Photographing older babies in the studio is not that easy. When they had enough, they had enough. Timing is important: not too soon after a feed or they are too sleepy, but not too long after either or they become hungry again. Oh, and not around nap time. Taking directions is not their strong point, either. You want them to sit: they want to crawl. You want them to crawl: they want to crawl the other direction and so on. It did seem a bit daunting when I had this 10-month-old coming into my studio. But the trick is: be quick! I had the lights and everything set and had a few poses in mind. And then it’s a combination of going with the flow and giving mum instructions on how to arrange him. These little ones often only give you one chance to capture what you had in mind and you have to be quick to catch it!

This whole mini session lasted only slightly more than 20 minutes and even included one outfit change!